Which Antivirus Should I Use? – Windows Defender vs Bitdefender [2022] 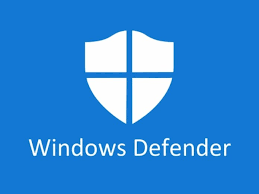 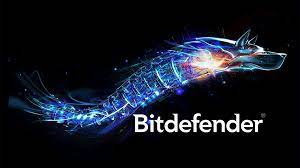 Excellent defense against malware and other threats is provided and compared in Windows Defender vs Bitdefender. The two applications do differ in a few ways, though. Find out by reading on.

Looking to utilize Bitdefender for Windows’ free or premium versions? Here is information on how to download and use it. 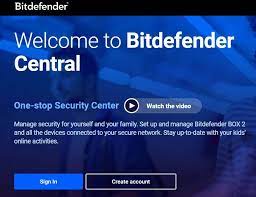 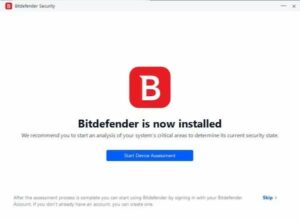 Similar to downloading a third-party app, getting Microsoft Defender on Windows is straightforward. The steps you must take are as follows: 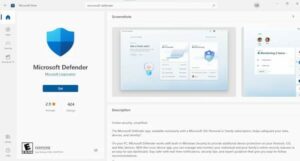 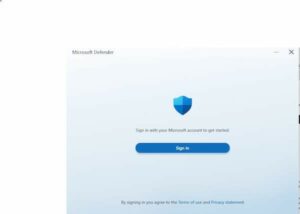 Similar to Microsoft, Bitdefender provides Bitdefender Free, a free antivirus program for computers. Unsurprisingly, the shareware does not include any complex security-related features or tools, but it does offer protection from a variety of malware threats, including viruses, worms, ransomware, rootkits, and others. The free solution includes protection against web-based attacks as well.

Bitdefender Antivirus Plus 2022, the company’s entry-level premium product for Windows users, is the next tier above. It offers several helpful premium features/tools, such as a hardened web browser, a vulnerability scanner, a password manager utility, and a file shredding tool, in addition to offering excellent protection against all types of malware threats.

Next is Bitdefender Internet Security 2022, a Windows-only program. Along with everything in the “Plus” package, it also contains a helpful firewall module, an encryption application, and parental controls. The firewall module actively monitors your network and stops dangerous traffic.

The product’s powerful two-way firewall is its most helpful feature. It constantly scans your network for malicious activities and keeps track of all incoming and outgoing traffic.

Another essential tool in the suite is Parental Control. It enables you to manage the websites your kids may access, the times they can go online, and the amount of time they can spend online each day. The drawback is that these functions are limited to the Microsoft Edge browser.

For quicker identification and prevention, it relies on real-time and cloud-delivered protection. Additionally, it makes use of malware signatures, and web analysis, and compares new threats to its database of well-known malware. Windows Defender receives routine definition updates, which is different from other free antivirus software.

We will rely on testing from independent laboratories like AV-Test and AV-Comparatives to evaluate the malware prevention capabilities of Windows Defender and Bitdefender. These laboratories make use of simulations of real-world situations. The AV-Test samples assess a system’s resistance to malware infestations, zero-day malware attacks, and detection of widespread malware.

These are Bitdefender’s outcomes.

In conclusion, Windows Defender and Bitdefender provide excellent defense against a variety of online dangers. Windows Defender does not, however, have any capabilities that improve security and privacy.

In addition to providing impenetrable security, a decent antivirus program should not slow down your computer. The most recent antivirus software updates make sure that system performance is not compromised. Let’s examine the impact Windows Defender and Bitdefender have on the processing power of your devices.

Antivirus protection is already included in Windows Defender. Generally speaking, you can anticipate it to have a minor performance impact. That might not always be the case, though. Background scans are run by Windows Defender while your computer is not in use.

If you pay close attention, you might hear your fan running a little louder than normal or feel a slight increase in computer temperature—this is Windows Defender at work. It occasionally has no noticeable performance impact.

In contrast for Windows Defender vs Bitdefender, Bitdefender products are made to get out of your way. When active scans are running, they significantly affect the system. Different performance settings that Bitdefender offers control how it affects your computer’s performance. Bitdefender won’t drain your system resources no matter what you’re doing.

Furthermore, Bitdefender performs thorough scans using cloud technology. As a result, it doesn’t significantly affect your local resources. Bitdefender Photon is a component of all Bitdefender products. This technology enables Bitdefender products to adjust to the hardware and resource configurations in your system. You will experience increased performance and speeds thanks to this functionality.

Depending on your demands, there are three different Bitdefender plans. A Personal, Family, and Ultimate Plan are available.

The first year of the Personal Plan is lowered to $39.98 from its regular annual cost of $89.99. You can safeguard up to five devices at once, but you aren’t given access to parental controls, limitless VPN traffic, or digital identity protection.

Up to fifteen devices can be covered by the Family Plan, which has an annual cost of $119.99 but a one-year introductory price of $49.99. Parental controls are provided, but no digital identity protection or unlimited VPN traffic.

The first year of the Unlimited Plan is a mere $99.98, and the cost thereafter is $199.99. Up to 20 devices can be secured, along with comprehensive identity protection online and unrestricted VPN traffic. This plan is a bargain, according to Bitdefender, which asserts that its VPN and digital identity capabilities are each worth $130.

Choose the best antivirus for your need- Windows Defender vs Bitdefender

Is Windows Defender better than Bitdefender?

Do I need Bitdefender if I have Windows Defender?

For Windows Defender vs Bitdefender, both antivirus software programs that help protect your computer from malware and other online threats hence you don’t need to have both running at the same time because they both do the same thing.

Windows Defender is a good anti-malware program because it is free and is included with Windows 10. It is also effective at detecting and removing malware from your PC.

Is Windows Defender better than antivirus?

When it comes to antivirus protection, Windows Defender is a good, free option. However, there are other options available that may be better suited to your needs.